Shredded Emmental
50 grams
Cut the pumpkin in half, remove the seeds and steam (cooking time depends on your pressure cooker/steamer).
Peel and dice the onion.
Melt the butter in a pan and sweat the onion. Chop up the pumpkin and add to the pan. Mix in.
Season with pepper and coarse salt and add water to cover. Cover and cook for 10 minutes on a low heat.
Meanwhile, pour the milk into a saucepan, heat without boiling then infuse with the bacon.
Cover and remove from the heat. For the chips: preheat the oven to 350°F, add baking paper to baking tray.
Put the remaining bacon on the tray and lightly broil it.
Make 4 little heaps of grated emmental in a pan (without any oil). Brown lightly then turn over and cook the other side.
Blend the pumpkin until smooth, adjust the seasoning and divide into bowls.
Emulsify the bacon infusion. Pour a tablespoon into each bowl. Serve with the bacon and emmental chips. Bon appétit! 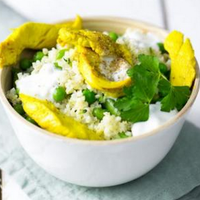 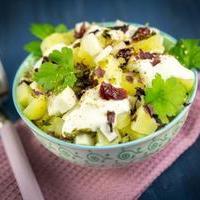 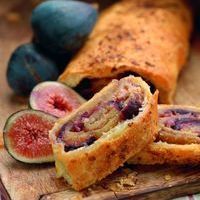 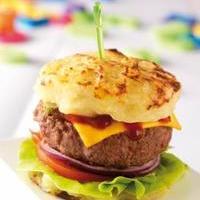 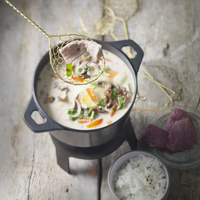 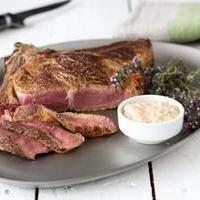 Rib of beef on the grill with creamy... 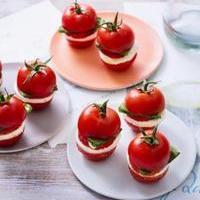 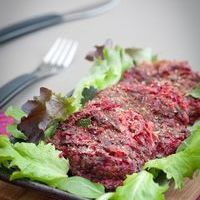 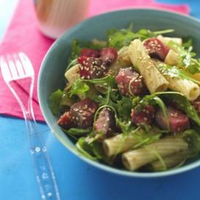 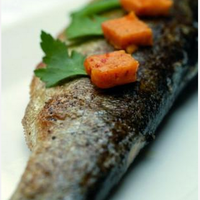